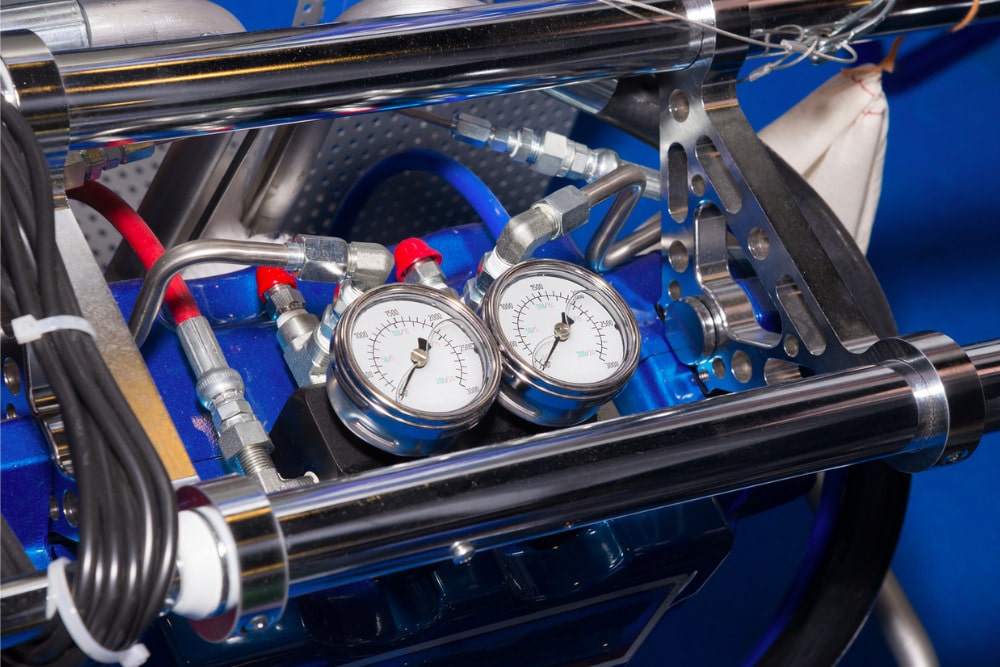 Air compression is essential for companies in several industries, including the pharmaceutical, automotive, food and beverage, and agricultural industries. There are several air compressor variations; for instance, some handle heavy-duty applications better than others. However, you can typically place air compressors into two major categories: oil-lubricated compressors and oil-free compressors.

All air compressors have moving parts, and therefore, they must be lubricated. If you do not adequately lubricate your compressor, it will fail to function correctly. Oil is the most common lubrication material used for machinery, and traditional oil-lubed compressors utilize this tried-and-true medium.

Oiled compressors are rugged and durable, and their oil usage makes them ideal for industrial applications. They tend to produce a lot of heat, and the oil doubles as a coolant. Because their parts are oil-lubricated, oiled compressors are typically quieter than their oil-free counterparts. Although, people often overstate the loudness of oil-free compressors.

Oil-lubricated compressors are versatile and reliable, but they have some downsides. For one, they require a lot of maintenance, and operators have to oil them manually and regularly. They are expensive, and their large size makes them impossible to transport. They have to be permanently installed at a single site.

The most glaring drawback of oil-injected compressors is the risk of oil contamination. The oil used to lubricate, seal, and cool the machine leaves oil content in the compressed air that must be removed via separation or filtration. In industries where air purity is critical (particularly in sterile environments), even the tiniest drop of oil risks contamination.

Oil contamination can cause product spoilage, rework, production downtime, and even damage to your brand’s reputation if the problem is not discovered and corrected. This is where oil-free compressors come into play…

Oil-free compressors use an alternative sealing, cooling, or lubrication medium, such as water. They are designed in such a way so that the air compression takes place across multiple stages. Their use of alternative lubricants eliminates the risks and associated costs of oil contamination.

Companies use oil-free compressors for applications where even the slightest bit of oil carry-over is unacceptable. For example, it is vital that pharmaceutical manufacturing companies have no hydrocarbons in their products or the air of their production facility. The same is true for food and beverage companies, such as bottling companies and food packaging manufacturers, where the air comes into direct contact with the product.

Here is a list of industries and applications that typically require oil-free air compressors to avoid oil contamination and the issues associated with it.

Eliminating the risk of oil contamination is only one of the benefits of oil-free compressors. Unlike oiled compressors, they can withstand freezing temperatures; they are smaller and designed to be portable; oil-free compressors require little maintenance and do not have to be manually lubricated, and they are less expensive.

A few myths are floating around that people use to discredit oil-free air compressors. We’re going to debunk a few of these myths.

We can’t deny that oil-free compressors used to be much noisier than their traditional oil-lubricated counterparts. However, current-day oil-free compressors are not nearly as loud as people make them out to be. While they are louder than oil compressors, the difference is not as great as you may have been lead to believe. Today’s oil-free compressors utilize direct-drive, dual-piston pumps and sound-reducing technology, making noise essentially a non-issue.

The biggest argument against oil-free compressors is their shorter life expectancy. Again, this may have been the case back in the day, but now, the compressor’s lifespan is no longer an issue. Oil-free technology has advanced significantly in recent years, allowing these compressors to run cooler and last longer. Plus, they require less maintenance than oil compressors.

While it is true that oil acts as a heat-transfer material and helps keep compressors cool, the dual-pump designs of oil-free compressors allow them to achieve the desired CFM/PSI in half the number of revolutions as it takes an oil compressor.

While both oil and oil-free air compressors have pros and cons, in the end, your application will most likely be the determining factor of which one is better suited for you.

The Future of Compressed Air

With operational facilities having to meet increasingly stringent quality standards and stay in compliance with expanding regulations, we predict that oil-free compressors will play an essential role in the future of compressed air.

September 20, 2021 By C&B Equipment Compressors 0 Comments
Comments for this post are closed.